In anticipation of determining what materials I would need to base my Soviet horde, I went ahead and based a Spetsnaz platoon.  As usual I agonized over what color schemes to go with since there are some excellent examples out there, especially in my favorite blog roll.  Soviets look great with GF9's static grass colors Aria and Winter or any other color that lands in the '50 shades of hay' spectrum.  After some deep thought I decided to stick with GF9's green static grass to be consistent with what I had originally planned for my German bases. 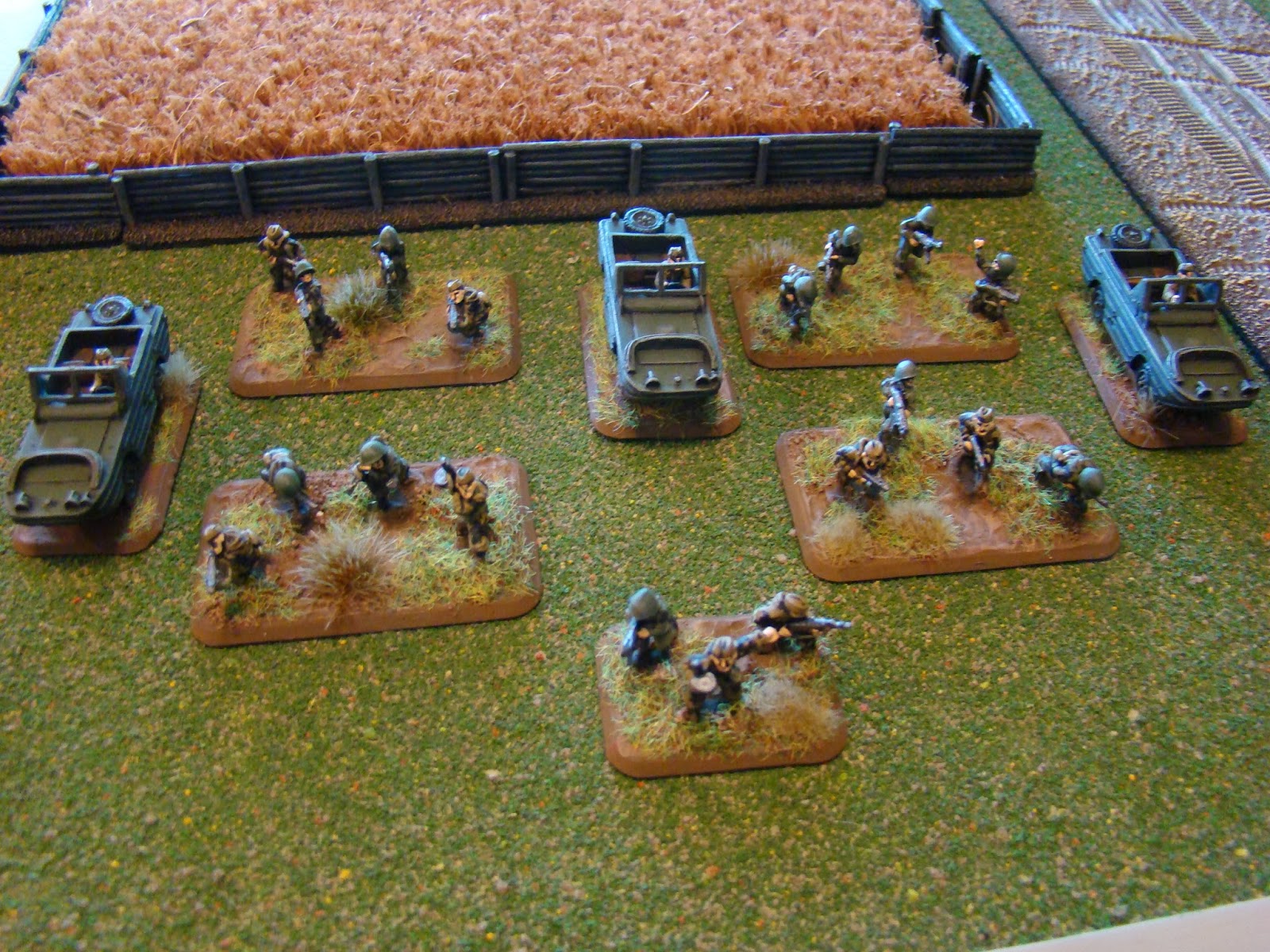 I used a fine pumice gel mixed with German Camo. Med. Brown to build up the ground around the bases for each of the infantry and to give the base a muddy look.  I then sparingly added some fine ballast using school glue to give a small rocky look in a few places.  Thinned down German Camo. Med. Brown was painted on the ballast and I then dry brushed Beige Brown followed by Brown Sand to give the appearance of drying mud.  I used Silfor MiniNatur Long buffalo grass tufts in the late summer and autumn colors.  I'm also using long tufts in autumn. I was surprised to find the buffalo grass and long tufts in autumn are two different colors? The autumn and late summer colored silfor products offer a nice contrast to the green static and, to me, have the hay color shades.

I also completed Ford GPA amphibious Jeeps for a Sapper Spetsnaz Platoon.  I painted them using Russian Green but I'm wondering if I should have painted them in US colors, I'll have to look into that? I do need to paint up some captured half tracks at some point. 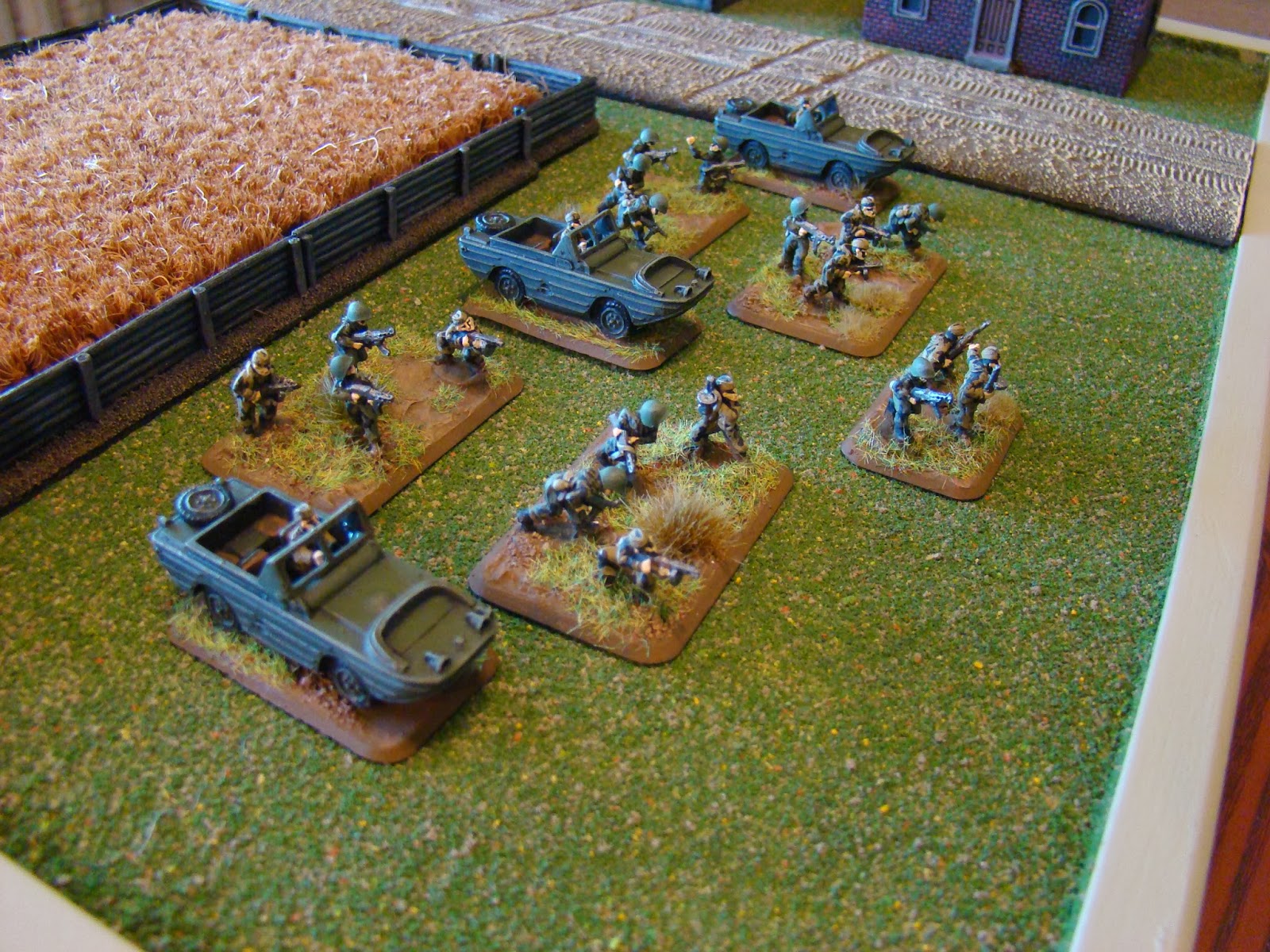 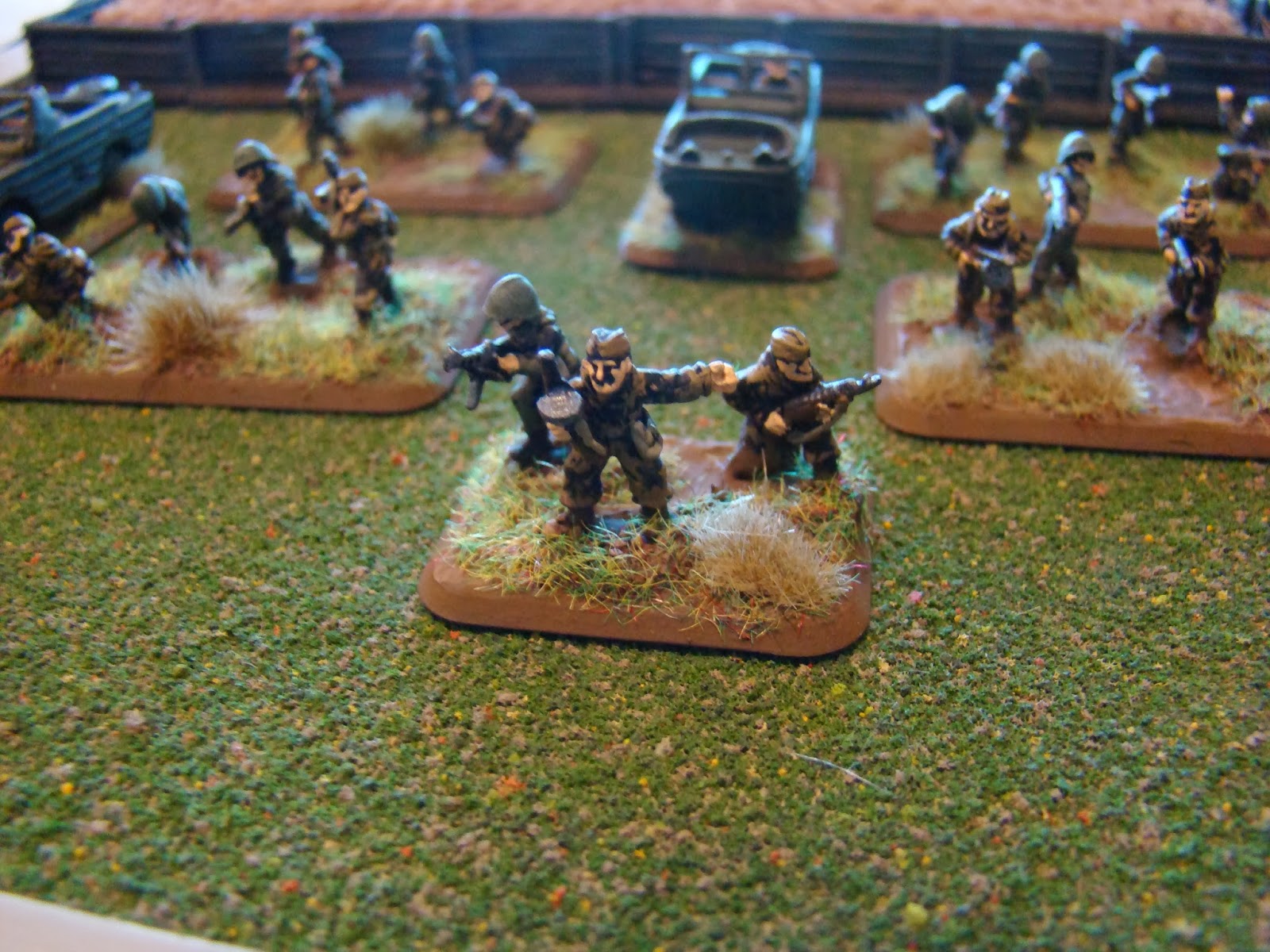 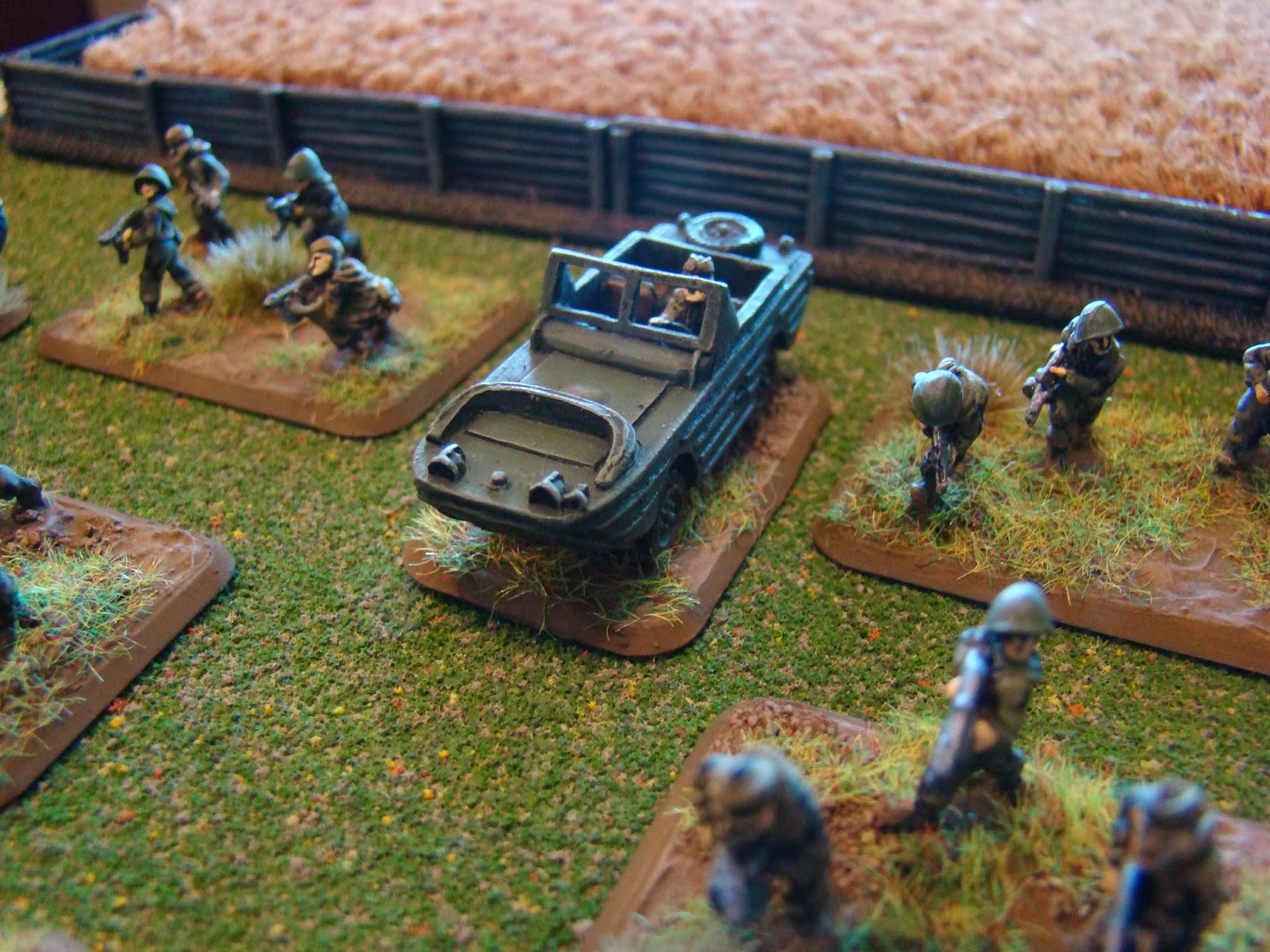 I've been diligently assembling and painting T34s and BA-64s, too.  Well, that's it for my late February update, I'll have more Soviet stuff in my next post and after that I'll start to work on HG in Italy.  I always seem to be behind, playing catch up with the book releases.
Posted by locker.wheelie at 1:04 AM