A visit to the USS Iowa Battleship

My wife and I drove to see the USS Iowa  (BB-61) museum in San Pedro, California during our summer vacation this year.  Known as the 'The Big Stick', the Iowa has had a very impressive history.  I was particularly interested in seeing the Iowa since it was commissioned in 1943 during WWII.  This was to be our first battleship visit and we were looking forward to it since we really enjoyed seeing the USS Midway in San Diego a couple of summers ago.

The Iowa at sea: 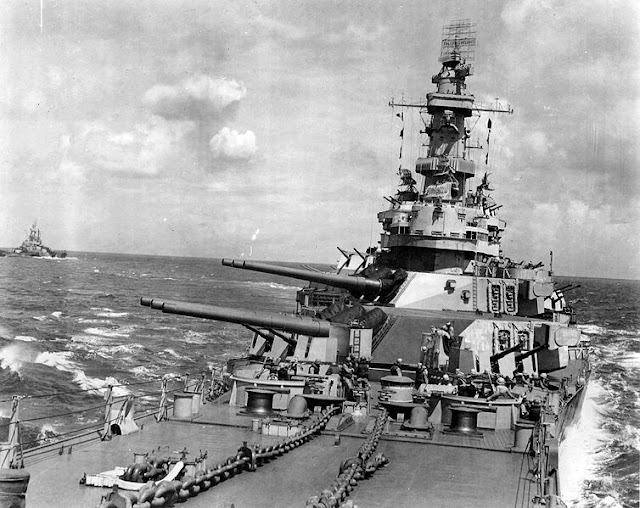 The ship was quite impressive, especially the 16" guns as expected: 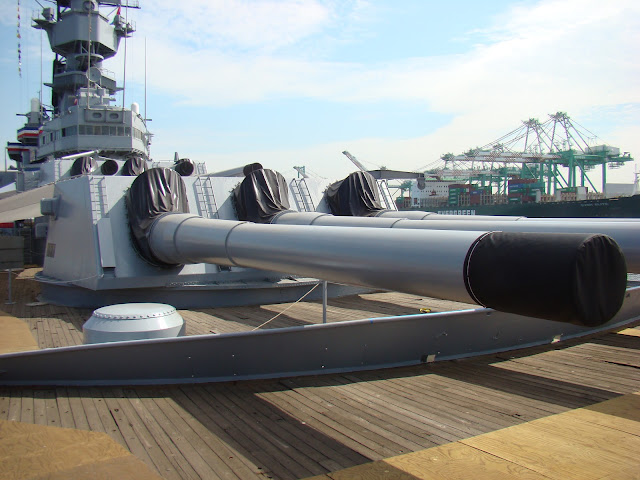 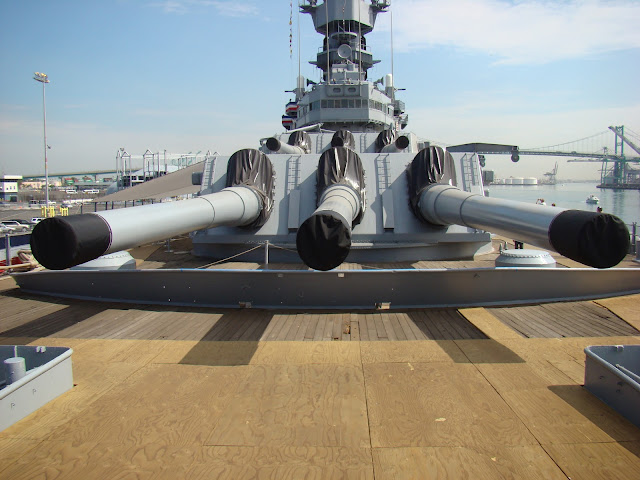 I was somewhat disappointed to find there was no access to the gun turrets.  I asked about this and was informed access would be available in the future as tours are added.   The museum at the time of our visit had only been open for a few weeks and in fact, quite a bit of the ship was not accessible.

The ship had been updated with modern weapon systems:

The awesome Phalanx CWIS (Nicknamed 'R2D2' in US Navy and 'Dalek' in the Royal Navy.  That's right, new season of Doctor Who starting...YES!) : 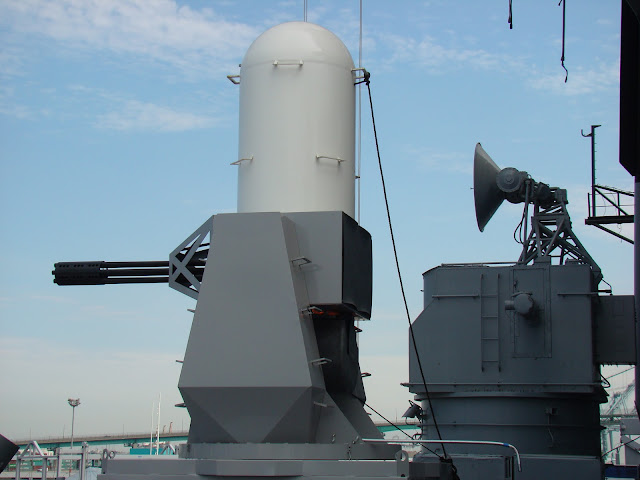 Back in the day I used to pass General Dynamics in Pomona, California on my way to school at Cal Poly in the nineties. One afternoon, on my way home to my amazement,  a truck with a Phalanx on it ready for transport was in the parking lot.  My friend was in the Navy at the time and got to watch them test fire it.  I would have like to have experienced that event.  According to my friend, they sometimes tested the tracking system by tracking the helicopter as it came in to land on the ship.   I wonder how the pilot felt about that. 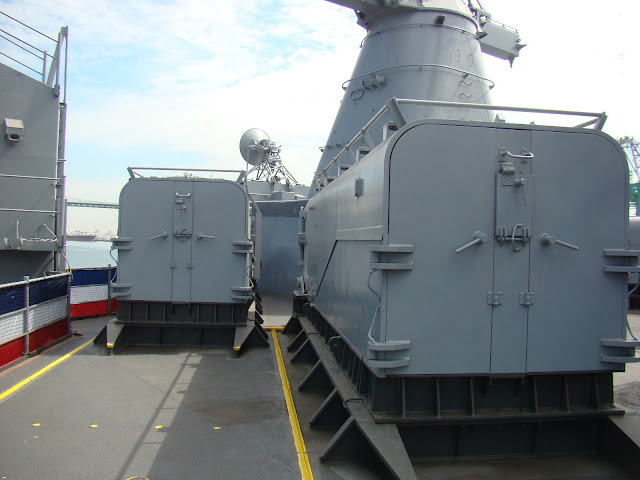 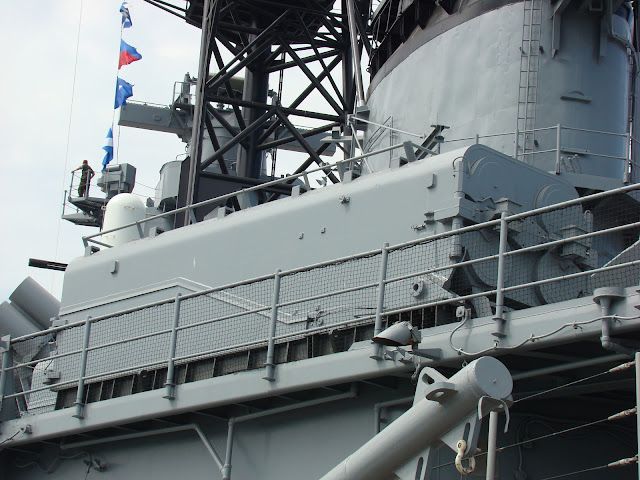 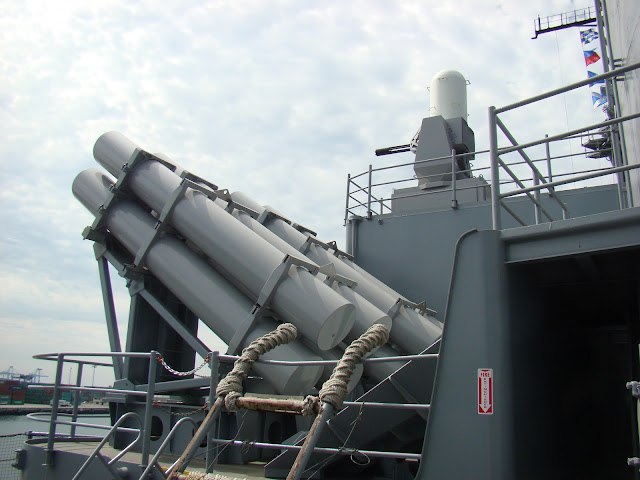 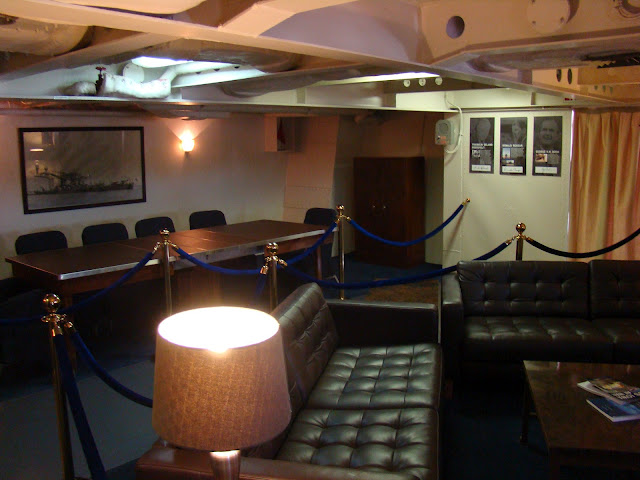 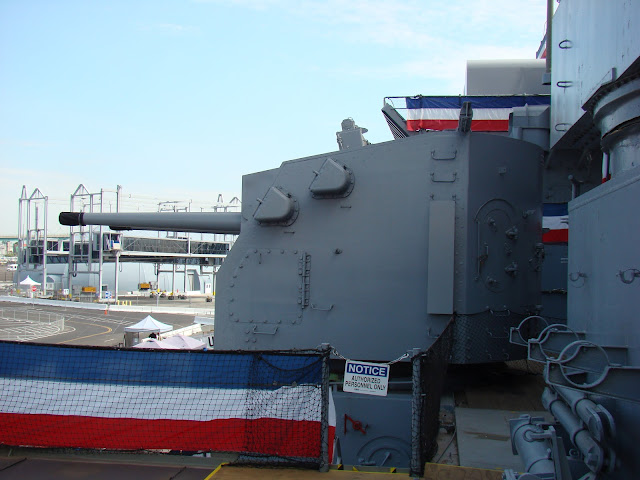 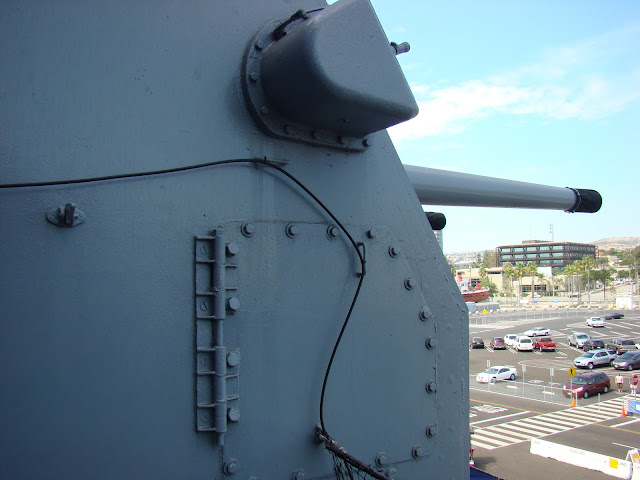 Door of bridge control center used during battle armor thickness (I think it was 17"): 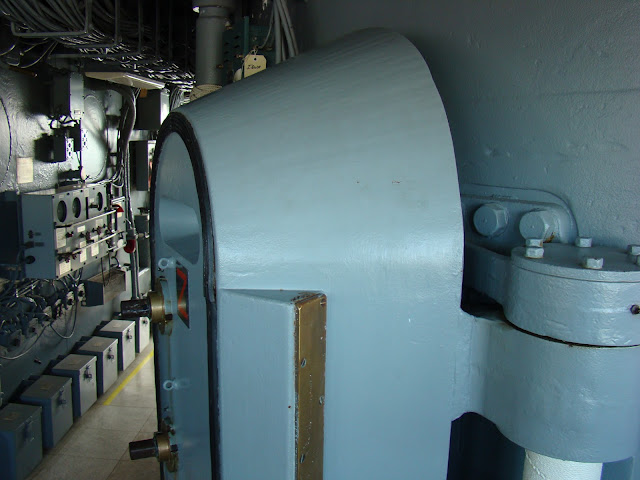 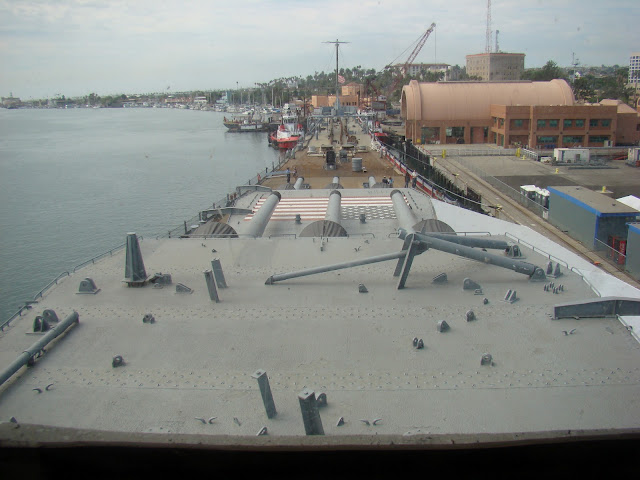 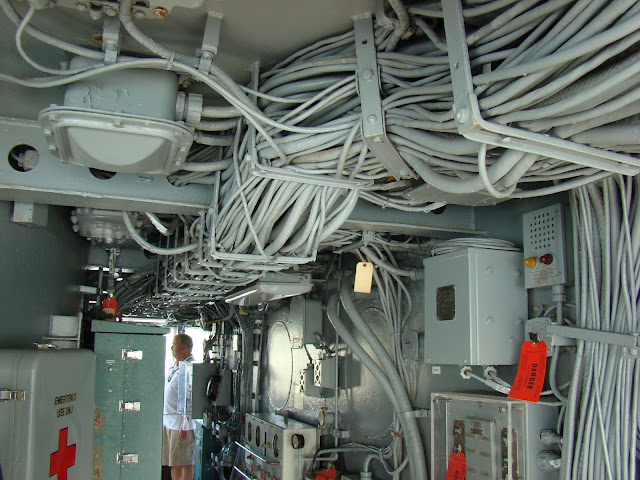 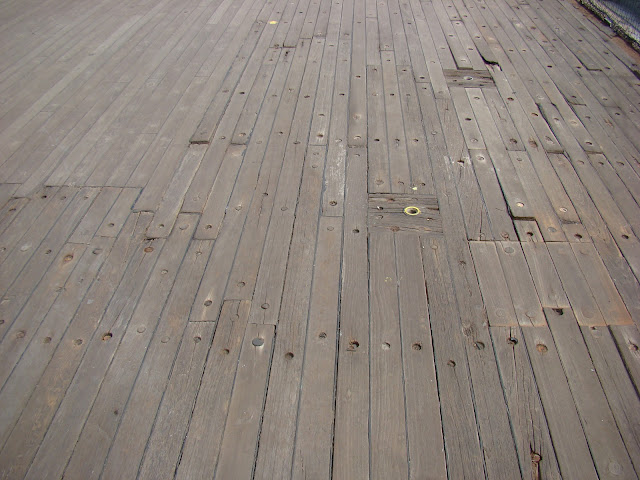 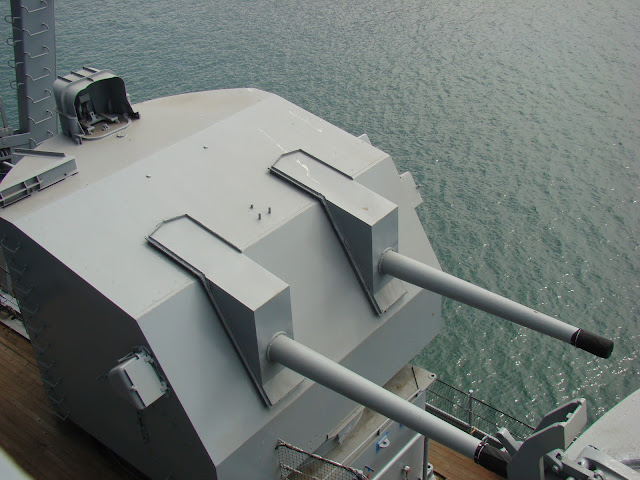 Overall, well worth the visit with the main drawback being the lack of access to much of the ship made the tour of the ship seem short.  Basically the deck, bridge, Captain's quarters and galley.  Looks like that will be changed soon, though.  Also, other than the Iowa, there isn't really anything else to do there.  My wife and I both felt the USS Midway experience was much better but we enjoyed the trip, nonetheless.